There's something fascinating about the scene: the hangar, many times the size of a football field, is crammed with colourful, noisy stalls giving off smells of every kind. Shelves are stocked with dried geckos, leaches, crabs and seahorses bound tightly like candies in a candy store. Everywhere, vendors listen attentively to their clients' ailments and suggest various solutions. Welcome to a traditional medicine market in the heart of China!

Man has used plants or animals for medicinal purposes since the beginning of time. The Chinese have been developing and refining these practices for over 3000 years. Today, it is estimated that close to 80% of the world's population, or more than 4.8 billion people, use traditional medicine in one form or another. Thousands of plant and animal species go into the composition of products intended for this key market, representing an annual trade of close to 60 billion dollars. 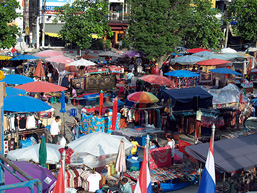 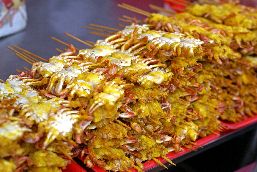 Everything and anything from an animal finds its way into traditional Asian medicine. The part is consumed raw, cooked, boiled, in tablet form or as an infusion, but can also be applied as a cream or gel. Below are some examples of the species used: 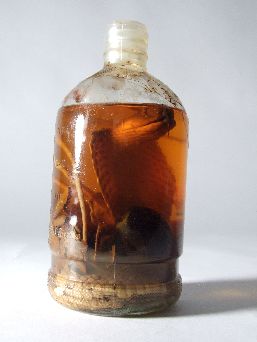 One survey has shown that 13 of the largest manufacturers of medicinal products in China alone used more than 6,000 tons of flying squirrel excrement, 25 tons of leopard bones, 1,600 tons of ratsnake, 200 tons of pangolin scales, 500 tons of scorpion and 6 million geckos per year. The problem is that many species targeted by this trade are in danger of extinction. For example, poachers have reduced Saïga Antilope populations in central Asia from 1 million to 50,000 in only 10 years! 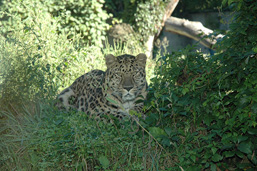 Tiger bones have been a key ingredient in traditional Asian medicine for centuries. The list of ailments they reportedly treat is impressive and includes nervousness, anxiety and possession by the devil! This type of product is in huge demand in China and in Asian communities throughout the world. A 1997 survey by the organization TRAFFIC revealed that 43% of medicine shops in Chinese communities in North America sold tiger bone products. Over 100,000 tigers roamed the wild a century ago; today a scarce 6000 remain. Despite the establishment of breeding farms in China (sheltering close to 5000 tigers), the roar of the great striped feline may soon be no more than a distant echo in the heart of Asia's forests. 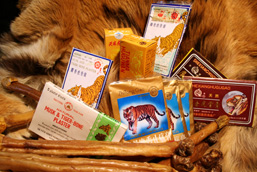 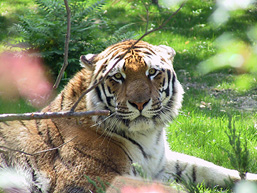 Obviously, certain so-called benefits of these wildlife products are based mainly on popular belief and folklore: there is no scientific proof to assertions that one can gain a tiger's strength by eating its flesh or become a successful seducer by swallowing rhino horn pills. On the other hand, science demonstrates the therapeutic effectiveness of some of these miracle products. We must not forget that 25% of modern medicines are derived from plants initially used in traditional medicine. Pharmaceutical companies synthesize a surprising number of the active ingredients employed in traditional Asian medicine.For example, whereas the Chinese treat gallstones with bear bile, Western medicine has synthesized what appears to be its active ingredient, tauroursodesoxycholic acid, the effect of which is to dissolve gallstones. Interestingly, the Giant Panda lacks this acid and is therefore not a target of the gallbladder trade. 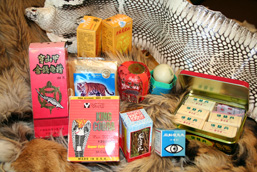 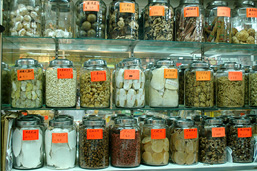 For many communities in Asia or elsewhere in the world, the use of animals or plants for medicinal purposes forms an integral part of their culture and beliefs; when such is the case, notions of conservation and safeguard do not have the same significance. It's important to respect these cultural differences, while insisting on the need to preserve our biodiversity. Another reason people turn to traditional medicines is because the synthesized natural products of the West are difficult to obtain. The sometimes exorbitant costs of Western medications quickly discourage individuals desperate for a cure.

The North American health system is based, essentially, on Western medicine and a pharmacology of synthesized products. But because animal species including the bear are becoming increasingly rare in Asia, poachers are now coming to the forests of North America for their raw material – gallbladders. There are over 380,000 black bears in Canada, and a single gallbladder fetches more than 600 $ on the black market - a dangerously attractive equation for unscrupulous traders. 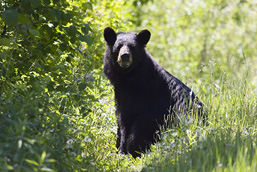 In 1997, Operation America was launched to dismantle an illegal international trade network of bear gall bladders in Canada. The following year, the government adopted legislation to prohibit the possession, sale and purchase of these organs. Over 200 Canadian wildlife protection agents took part in dismantling. In 2002, simultaneous searches were conducted in Quebec, Ontario, Alberta and the United States. To date, over 56 persons have received fines totalling $382,921.

Happily, our bear's future looks much less dark than its lustrous fur!

Five hundred tons of seahorses go each year into the making of about 90 traditional Asian medicine products. The growth in demand has caused populations of the 35 known varieties of seahorses to decline by close to half. The seahorse benefits from no particular status at the moment: at the bottom of its ocean, the little marine animal fights to survive on its own. 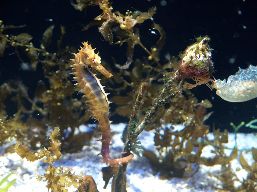 Ground into powder, rhinoceros horn is used to treat convulsions, fever and delirium. It is also considered a powerful aphrodisiac. The great popularity of rhino horn has helped drastically reduce the world's pachyderm populations. According to the World Wildlife Fund (WWF), only about 3,100 Black Rhinoceros and 2,800 of the 3 Asian rhino species of rhino (in India, Java and Sumatra) now roam the wild 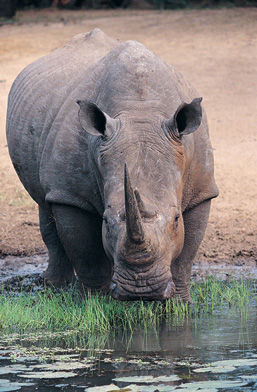