Do you have anything to declare?

Travel is an opportunity to escape and experience new adventures. And there's nothing like proudly displaying a small souvenir in one's bedroom or living room to prolong the excitement of the trip. Unremarkable? No, because every year hundreds of thousands of animals die for precisely this reason. Many items sold as travel souvenirs are manufactured from animals often threatened with extinction. Multiplied by the hundreds of millions of travellers in the world, this seemingly innocent transaction is becoming a trade of staggering proportions. International tourism could mean the end of the road for a good number of animal species. 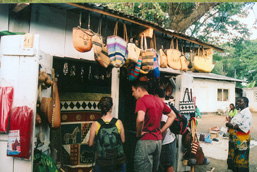 Throughout the world, shelves groan under the weight of turtle shells, ivory trinkets, spectacular seashells and reptile skin products. Does access to a thing give us the right to it? Not necessarily. The Convention on International Trade in Endangered Species of World Fauna and Flora (CITES), signed by over 173 countries (including Canada), controls trade at the international level. A trader may therefore sell an animal object quite legally within the country visited even if the item may not be sold internationally... which poses a real dilemma! CITES prohibits the commercial trade of products from over 800 plant and animal species (e.g., tigers, sea turtles and rhinoceroses) and uses permits to regulate that of products from over 25,000 species (e.g., corals and a number of reptiles and birds). Before heading back home, citizens of countries that signed the agreement must comply with these regulations or risk having their purchases seized at customs.

Do travellers have a bone to pick with elephants?

In our grandparents' time, many everyday items such as piano keys, billiard balls, chess pieces, etc. were made of ivory. Result: in less than 50 years, African Elephant populations have dropped from over 3 million to a scarce 500,000, thanks mainly to intensive trade. Today, the demand for ivory continues to be strong because of its use in the manufacture of ornaments, knickknacks and jewellery. Between 1998 and 2007, at least 176 tons of illegal ivory were seized internationally, representing the death of close to 26,675 elephants. This is only the tip of the iceberg, since border agents intercept a mere 10 to 15% of the illegal merchandise from international trade. And every tusk is worth its weight in gold: a 2007 report revealed that the selling price of ivory on the Japanese black market was in the range of $850 per kilogram. A pair of male elephant tusks can weigh as much as 100 kg. The big pachyderm is clearly no match for the power of the dollar! 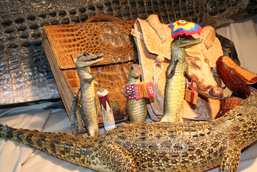 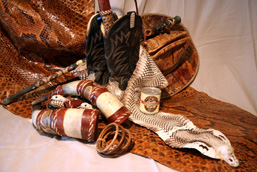 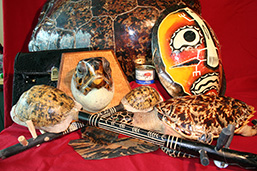 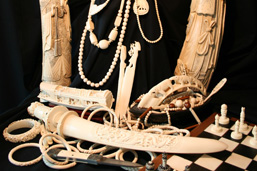 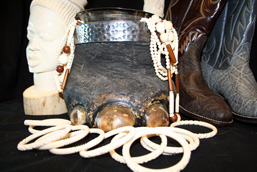 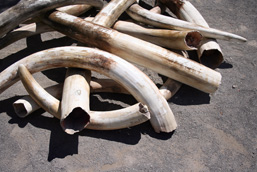 The alluring jewels of the sea

Ocean floors are fragile ecosystems of breathtaking beauty. Hardly surprising, then, that many people are ready to pay the price to carry off a bit of paradise. Corals are animals that live inside a calcium carbonate skeleton. This skeleton is a hard envelope used in the manufacture of jewellery; it grows very slowly - from 1 to 1.5 cm per year. Many specimens, some hundreds of years old, are uprooted in response to demand (about 1,000 tons annually). Coral reefs shelter less than 25% of all fish in the ocean and are among the world's most diversified ecosystems. Human activities now threaten close to 58% of these unique ocean environments. Many will never be renewed.

The harvest is not restricted to corals: shiny sea turtle shells, terrifying shark teeth and large pearly seashells are also collected from ocean floors and offered to tourists. The ocean, so vast, is slowly losing a unique and irreplaceable wildlife. 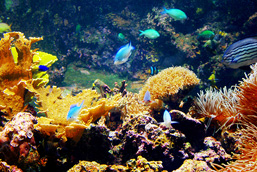 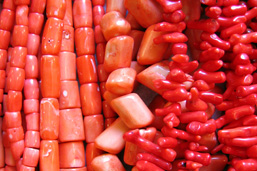 What are canadians hiding in their luggage?

Canadians are great travellers: in 2007, close to 13,331,000 persons flew to a destination outside Canada. Among the 15 most-visited countries that year were Mexico, the Dominican Republic, Cuba and Hong Kong, where huge quantities of wildlife souvenirs are on sale in public markets. The same year, at Toronto's Lester B. Pearson International Airport, almost 4000 wildlife or plant-based items were confiscated from owners having neither the rights nor the permits for them. 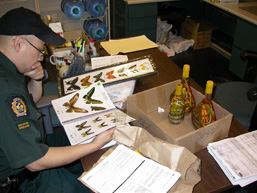 2007 also saw the largest seizure of ivory in the country: 30,000 carved pieces, evaluated at more than $100,000, were intercepted by Canadian authorities. The individual responsible was fined $9000 and ordered to contribute another $9000 to conservation activities on behalf of Africa's elephants.

Certain insects, although small, face major problems of survival as well: one Quebecer learned this at his expense in 2001 when he was found guilty of illegally importing six Queen Alexandra's Birdwing, a rare insect that is probably the world's largest butterfly. The individual, a well-known researcher in entomology, paid dearly for the infraction with a $50,000 fine and a blot on his reputation.

To buy or not to buy?

Granted, no traveller looks forward to worrying about the legality of items in massive displays; neither does anyone relish the thought of ending a holiday before the disapproving gaze of a customs officer! To avoid mistakes, if you have any doubt about the nature of a product or whether it can be legally imported, leave it on the shelf! Opt instead for a souvenir that doesn't endanger the survival of plant or animal species - woven baskets, gemstone or glass jewellery, pottery or paintings are all excellent choices. For a better-than-the-real-thing effect, the tagua nut or vegetable ivory makes an interesting alternative to elephant ivory. Becoming an informed consumer is a direct investment in the protection of wildlife. 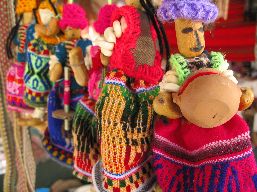 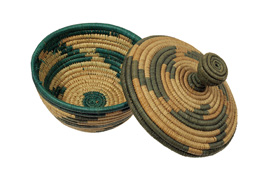