Humans have used animal skins and fur since they began wearing clothes. Our first ancestors hunted animals to eat their flesh, using the bones to make tools and the fur to protect against the cold. Their survival depended upon the products of the hunt. The goal of the modern-day fur trade is quite different. Fur and leathers have rapidly become a way to advertise one's social or economic position, to display success of any kind. Today, the fashion industry may be dealing a fatal blow to many animal species, particularly the big cats, who are literally sacrificing their skins to it. 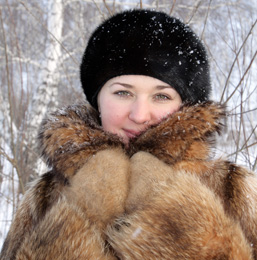 A country built on fur

Our country owes its existence to its animal emblem, the American Beaver. From the earliest days of Nouvelle-France, the beaver skin trade was the cornerstone of the nation's economy. The fur became very fashionable in Europe, where people wore beaver hats and adorned their clothing with fur trim. The Amerindians, in turn, welcomed the chance to exchange fur pelts for a variety of objects (knives, rifles, iron stock pots, mirrors); thus, the fur trade was born. In the early 1800s, explorers ventured farther and farther away to meet the demand; their ceaseless quest for the best skins stimulated the exploration of the territory and allowed for the mapping of rivers and other waterways. 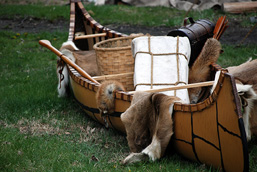 About this same time, the fur trade began to decline: another rodent, the Nutria, was discovered in South America. Its fur was equal to that of the beaver and much less expensive. In Europe, moreover, fur headgear was now giving way to hats made of silk, like top hats. At the end of the century, the fur trade was no longer the flourishing industry it had once been. 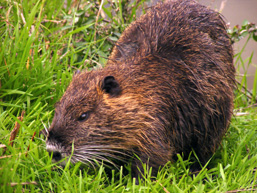 It is estimated that there are more beavers now than in the days of Jacques Cartier! In Canada, trapping activities target about 20 animal species; none of them are on the endangered list. The activity is regulated and controlled. In fact, 85% of the fur-bearing animals trapped belong to four abundant species: the American Beaver, Muskrat, Raccoon and American Marten. Aboriginals count for about half of all trappers. The fur industry prospers, contributing over 800 million dollars a year to the Canadian economy; almost 60% of furs are exported. Strictly controlled breeding farms also supply the market, notably with skins from the American Mink and the fox. 125 of the country's 150 manufacturers are in Quebec. 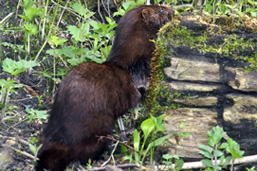 Although Canada appears to be managing its fur industry responsibly, the same cannot be said for other places in the world. Certain rare exotic species inspire more greed than others, and their survival is accordingly at risk. This is the case, notably, for many felines whose spots and stripes are highly prized in some regions of the globe. Cat skins became all the rage during the 1960s. It is estimated that the trade represented close to 30 million dollars U.S. annually. Today the big cat trade is regulated by the Convention on International Trade in Endangered Species of Wild Fauna and Flora (CITES), as well as by the laws in these animals' country of origin. But the appetite for profit is strong, and people find ways to circumvent the laws to supply a very active black market. In the eyes of a poacher, the game is well worth the candle: for example, some privileged individuals won't think twice about spending up to $60,000 for a coat made from the Snow Leopard's thick winter fur. But when one considers that 6 to 12 animals are needed for one such garment, it's easy to understand that the current population of Snow Leopards – from 3,500 to 7000 animals - faces an uncertain future. The tiger, the Ocelot and the Amur Leopard (considered the planet's most endangered big cat), are also finding it harder and harder to keep the fur on their backs.

True, we endure the same biting cold temperatures, violent winds and torrential rains that our ancestors did. Today, however, there's a weapon of protection that was unavailable back then: synthetic fibres! High-performing fabrics are increasingly effective and offer a more than satisfactory alternative to animal fibres for shielding us from the whims and vagaries of weather! 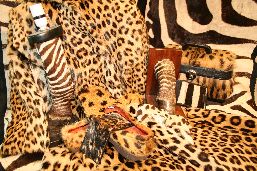 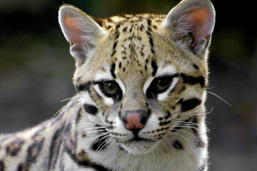 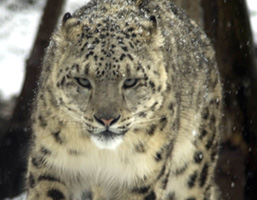 Boots, shoes, belts, jackets, coats, handbags, hats and wallets: the list of goods made from reptile skins is long and varied. Crocodiles and snakes elicit reactions of disgust from many people; once they're dead, however, these reptiles quickly become a source of greed! And most of them are wild-caught: it is estimated that in 2004, 73% of skins on the world market came from the wild, whereas only 27% were from breeding sites. In the United States alone, between the years 2000 and 2005, close to 3.4 million lizard skins, 2.9 million crocodilian skins and 3.4 million snake skins entered the country, legally or illegally. In 2008, 67 reptile species were prohibited from trade, while 508 species were permitted in a regulated market. The trade of certain species is therefore authorized conditionally; the problem is that, except for the large pythons of some crocodilian species (notably the American Alligator), there are few captive-breeding operations. Specimens are taken from the wild with no regard for the survival of their species. Reptiles have endured for 200 million years of evolution and cataclysms; will they be able to survive the fashion tsunami as well? 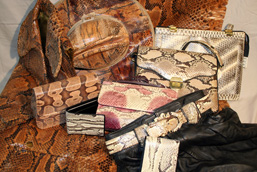 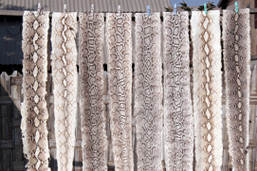 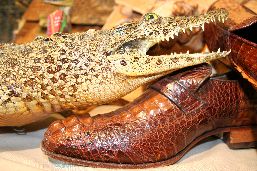 The quest for softness

Some furs are so soft and silky that stroking them feels like running your fingers over a cloud. Hardly surprising, then, that many people are willing to pay a steep price to wrap themselves in such downy softness! But it's these little animals, typically, that wind up footing the cost!

The chinchilla is a small rodent from South America, whose coat is considered one of the softest in the world. Abundant in pet shops, (where specimens come from captive-breeding farms), it's hard to believe these small beasts are threatened with extinction in the wild; as a result, stringent regulations have been established to protect them. A staggering decline in populations occurred in the late 19th century, following an intensive fur trade; it is estimated that 2 million furs were exported between 1895 and 1900. In 1981, a coat of wild chinchilla was sold in Japan for $49,000 U.S.! Chinchilla survives in the wild in some regions of its native distribution range (the upper Andes in Chile). Numerous breeding farms, notably in the south of the United States, offer wild populations a chance to catch their breath. 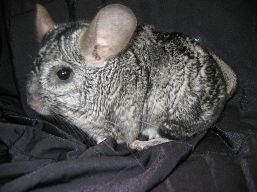 Shahtoosh wool is reputed to be the finest and most precious in the world. It is produced from the down fur of the Tibetan Antelope, which must be killed for the precious material to be removed. In the space of 50 years, antelope populations have dropped from a million specimens to fewer than 75,000. The international trade of Shahtoosh wool has been prohibited since 1979, and the species is protected in its country of origin. There is every hope populations will be renewed. Of note: the Tibetan Antelope was one of the mascots at the Olympic Games in Peking (2008).

Penalty for illegal import of skins

The Ontario Court of Justice found a Toronto man guilty of illegally importing two leopard furs and the skin of a Sebae Python from the Democratic Republic of Congo. The items were discovered by border officials at Lester B. Pearson International Airport in Toronto. The skins had been wrapped in garbage bags and placed next to food, notably smoked fish and vegetables. The offender was fined $6,135.

They are famously worn by straight-faced soldiers and photographed by millions of tourists from around the world. Perched atop the heads of the Buckingham Palace guards for over 200 years, these hats made from the fur of the American Black Bear will soon be only a memory.

The Ministry of Defence has joined forces with animal rights' activists insisting that natural fur cannot be used to justify tradition. Over the last 5 years, the Ministry spent close to $500,000 on black bear fur; from 50 to 100 hats are needed every year, and an entire bear skin goes into the making of each one.

British stylists, including Stella McCartney, have been enlisted to craft a faux-fur alternative. 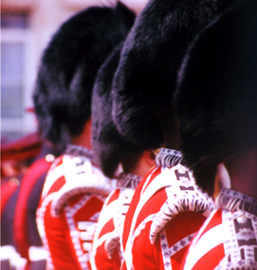