The commercial exploitation of wildlife

Humans and animals: two entities that appear vastly different, but whose destiny has been closely intertwined since the dawn of human history. To assure their survival in a hostile world, the first humans were quick to exploit wildlife resources: they hunted animals to eat their flesh and used the bones to make tools and the fur to protect against the cold. So long as this exploitation was a matter of survival, its impacts on the various wildlife populations were minimal, even negligible.

But then the meter spun out of control: human population growth over the last two centuries has been phenomenal. Result: over 7 billion people now tap into natural resources to satisfy ever-growing demands. Except for a few communities who maintain their ancestors' traditional hunting lifestyle to survive, today's wildlife harvesters have a very different motive - profit! The wild animal trade has become a veritable gold mine and now threatens world biodiversity.

There are two forms of wildlife over-exploitation: over-harvesting and poaching. Over-harvesting occurs when there is uncontrolled hunting or fishing of a species and the excessive take brings about a significant decline in populations. Often, a situation of this nature awakens public opinion and promotes the development of legislation to protect the species concerned. Poaching occurs when a species is hunted or fished illegally, that is, in violation of the law that protects it: hunting without a permit, hunting out of season, hunting using illegal methods and hunting on private property without permission are all poaching activities. Over-harvesting and poaching are the direct consequences of the world's voracious appetite for wildlife products. Did you know that wildlife trafficking is the most lucrative illicit trade on earth, ranking just behind drugs and weapons? 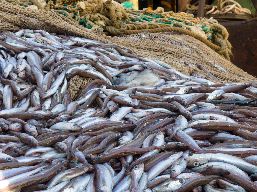 From the depths of the oceans to the highest mountaintops, no environment is spared and all wildlife species can be drawn into this vast trade. Some species are used for the souvenirs and trophies sold to tourists; we have only to think of elephant ivory and the delicate corals and tortoiseshell that go to make knickknacks, ornaments and jewelry. Other species such as the leopard, chinchilla or Tibetan Antilope are prized for their fur in clothing manufacturing. Numerous species are used, in whole or in part, for the purposes of traditional Asian medicine, with roots going back over 3000 years. Many simply end up on a plate, whether to satisfy the fine palate of demanding consumers or to assure the subsistence of entire villages. Finally, multicoloured birds, reptiles of every kind, and small and large primates are captured alive and sent to the four corners of the globe to be sold to circuses or added to private collections. 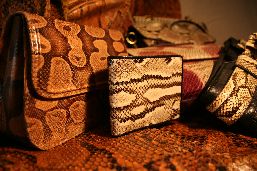 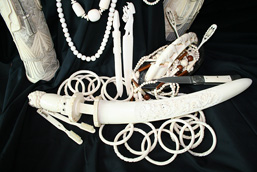 These trading activities all have one thing in common: a direct and devastating effect on many animal populations, notably species currently threatened with extinction. Even the Internet, unfortunately, has become an ally in commercial exploitation since illegal transactions can be multiplied and facilitated with a single click of the mouse. The human population is growing, its needs and demands are intensifying, the forests and oceans are emptying...and the world's wildlife heritage is sounding a cry of alarm. During the last 50 years, stocks of the ocean's largest fish (tuna, swordfish, marlin) have declined by 90% thanks to over-fishing, the elephant population in Africa has dropped from over 3 million to about 500,000 and some 340 reptile species have joined the endangered list. Drastic measures are essential to enable the populations of affected species to renew themselves. Among these, alternative solutions must be offered to human populations who depend on poaching to survive or who exploit wildlife in one way or another. Perhaps then we can hope that future generations will have the pleasure of seeing an elephant or a tiger other than in the pages of picture books. 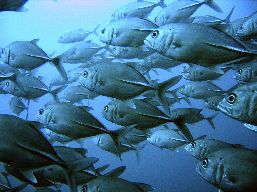 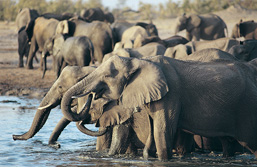 In Canada, it would seem that indigenous wildlife has been spared the illicit trade tidal wave. Tough provincial and federal laws regulate the management of our wildlife: sport hunting and fishing, practiced by close to 7 million Canadians, are strictly supervised and authorized once permits have been obtained. On the other hand, spectacular meat seizures make the headlines every year in our fair country, and the American Black Bear has become the new target of poachers. The bear's stomach contains a gall bladder worth its weight in gold on the international black market of traditional Asian medicine.

Poachers face stiff penalties, but these represent a mere fraction of the profit from an illegal cargo. For example, five individuals from Newfoundland were fined $1000 to $3,500 for catching salmon outside fishing season. Another individual had his day's catch seized and was fined $3,441 for illegal lobster fishing and keeping catches under the legal size limit. Although the authorities monitor major poachers, each citizen has a duty to adopt a responsible attitude regarding hunting and fishing practices in order to preserve our wildlife heritage unique in the world. 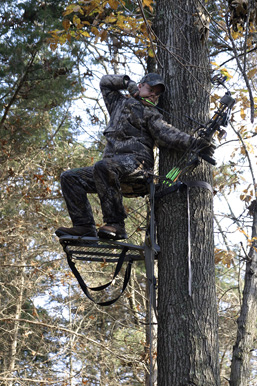