Pollution is among the most insidious threats to nature: it can be as revolting and obvious as an open dump, or as invisible as the chemicals sprayed on our crops and lawns. But whether the effect is long-term or immediate, the result is the same: pollution alters the fragile balance of ecosystems and brings death to many animal populations. It took over 4 billion years, presumably, to create an environment unique in the solar system; it took only a hundred years or so for humans to upset this environment to the point where the sky is a little less blue, the water a little less clear and the earth a little less fertile... 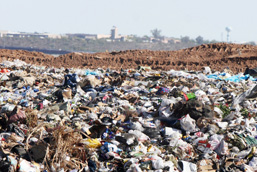 Water is the source of life. The water in lakes, rivers and oceans is both essential and fragile; as well, it supports a stunning diversity of wildlife. Nevertheless, quantities of waste and pollutants are dumped into this precious liquid every day. Syringes, cigarette lighters and tooth brushes have been found in the stomach of dead seabirds. Leatherback Turtles, confusing plastic bags with jellyfish, feed on these bags that block their digestive system; it is estimated that populations of this reptile have declined 60% in less than 20 years. Some 100 million tons of plastic waste float in the Pacific Ocean, forming an enormous soup of debris almost as large as the United States. A little of everything - including footballs, kayaks and LEGO blocks - can be found here. The United Nations Environment Programme (UNEP) affirms that plastic waste is responsible for the death of about a million birds and more than 100,000 sea mammals each year. 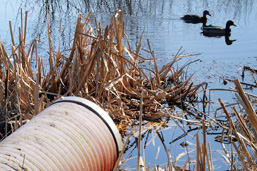 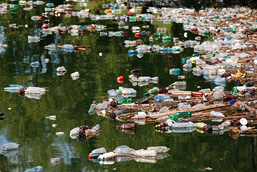 Many people can recall the terrible environmental disaster in 1989 on the coast of Alaska following the spill by the Exxon Valdez, an oil tanker. At that time, an oil slick equivalent to the contents of 125 Olympic pools caused the death of 250,000 seabirds, 300 seals and some 28,000 Sea Otters, in addition to destroying billions of salmon and herring eggs. The worldwide broadcast of the event sparked outrage and demonstrated the fragility of this environment. But headlines like these highlight a mere fraction of the problem of water pollution: many inhabitants of marine ecosystems are, in fact, slowly being poisoned in their environment. Marine mammals such as the Beluga are particularly sensitive to the chemicals in water. Belugas are situated at the top of the food chain; their fat tissues accumulate toxins absorbed from their prey. Toxicological studies reveal that the main contaminants killing these whales are mercury, lead, PCBs, HCB and DDT. A beached carcass is, moreover, considered hazardous waste! If an animal is not killed by a contaminant, its fertility may be altered or its immune system weakened. Worse still, the mother may transmit toxic contaminants to the baby through her milk. Water pollution is currently the chief threat to the survival of the 1000 to 1400 St. Lawrence Belugas. 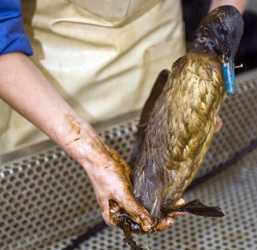 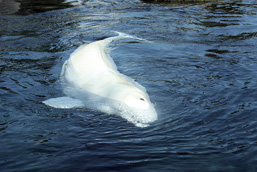 If the grass still looks greener on the other side of the fence, it's often because your neighbours are treating their patch of lawn with herbicides and insecticides. Farmers, too, rely on chemical cocktails to maximize harvests and minimize losses. Whether for aesthetic or economic reasons, humans regularly use powerful toxic solutions to eliminate unwanted plants and voracious insect pests. Unfortunately, these chemical weapons do not target undesirable species only: they cause major collateral damage for innocent species as well. Herbicides and insecticides apparently affect the development of amphibians, producing deformities (3 or 5 legs), tumours or sterility. The Peregrine Falcon virtually became extinct in Canada following widespread use of DDT, a devastating pesticide. DDT built up in the tissues of this bird's prey; its main effect, subsequently, was to alter the falcon's reproductive system, causing the female to lay eggs with very thin shells. Crushed under the weight of the mother during incubation, the eggs never hatched, and peregrine falcon populations declined significantly. Use of DDT was banned in Canada and the United States in 1971, offering a glimmer of hope for the falcon's survival. Unfortunately, Mexico still authorizes the use of DDT on its territory; the threat therefore continues via birds that migrate to Central America in winter, not to mention the winds that carry this poison north. 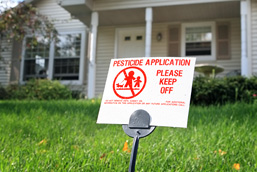 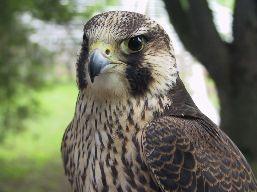 Air pollution affects living beings more directly and rapidly because of exposure through breathing. It is therefore not surprising that, among the harmful effects for human and animal health, respiratory problems (pneumonia, silicosis, asthma, emphysema, bronchitis) are those most frequently encountered. The explosion of industrial activities and the heavy use of energy-intensive methods of transportation cause staggering amounts of pollutants like carbon monoxide (CO) to be released into the atmosphere. Mexico City, for example, has the unenviable distinction of being one of the world's most polluted city. Located in a basin surrounded by mountains, it teems with over 4 million cars, 27,000 microbuses and 92,000 taxis that consume close to 14 million litres of fuel each day. The number of cases of pulmonary disease, especially in children, is soaring. The air is also a powerful vector that carries toxic substances over hundreds, even thousands, of kilometres before they fall to the ground with precipitation (rain, snow). In agriculture, it is estimated that from 60 to 90% of chemical sprays don't reach their target! Many products employed vanish quickly into the air after use and enter the environment. Animals are then exposed to these toxic substances in their food and water.

A dump is unappealing, to say the least, and nobody wants to live in one. However, our beautiful blue planet is gradually being transformed into this very thing, altered forever by the rubbish being emptied into it. But pollution may be precisely the reason that steps will be taken to care for and restore our environment; if pollution affects plants and animals, then it affects human health as well. Man therefore has no choice but to act: otherwise he too may join the list of endangered species. 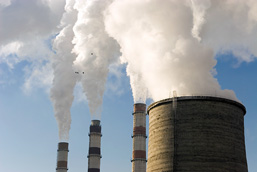 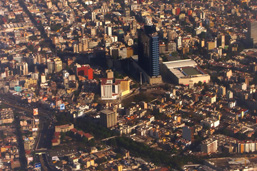 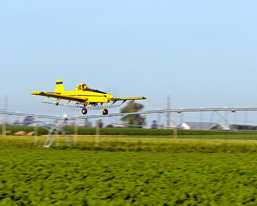