Alien organisms invade every part of the world including Canada, but they're not visitors from outer space. They come in every form: microscopic or impressive in size, animal or plant, possessed of two, six or eight legs, travelling alone or by the thousands. They neither respect boundaries nor use passports. They are known as "invasive species."

An invasive species is defined as an exotic (alien or non-native) species whose introduction or propagation threatens the environment, economy, society and public health. Each day, we come into contact with a variety of exotic species that have taken up residence on Canadian soil: 80% of the "weeds" in our lawns - including the sturdy dandelion - are of foreign origin. The house cat is believed to be a native of Africa and the Rock Dove of Europe. The food in our plate also comes as a revelation: potatoes are from South America, corn from Mexico and wheat from Africa and the Mideast. Many exotic species are beneficial, but a good number are harmful. When the latter take root in a new environment and proliferate beyond control, they become invasive. 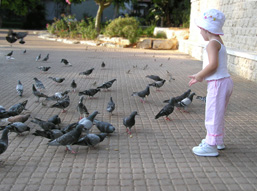 In its adopted milieu, the animal invader becomes a predator, competitor or parasite of our indigenous species. It can also transmit diseases against which our local wildlife has few or no defences. In the absence of its natural predators (which have not accompanied the illegal traveller), the invader multiplies, revealing its true nature only after it has become impossible to eradicate it. 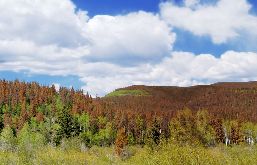 To enter the country, invaders benefit from a choice of pathways: North America has millions of kilometres of roads and thousands of kilometres of waterways and railroads; the continent also boasts close to a third of the planet's airports! Alien species can cling to ships' hulls, travel in ballast water, hide in wooden packing materials, slip into fruits and vegetables for export or hide in the potting soil of decorative plants in tree nurseries. Only 1 to 2% of the commercial cargo that arrives at Canadian borders is inspected for exotic species! The holes in the net are much too large to catch these determined pests! 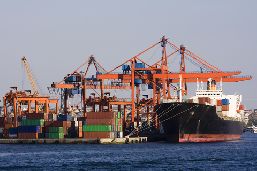 Invasive alien animal species in Canada include at least 181 insects, 24 birds, 26 mammals, 2 reptiles, 4 amphibians, 55 freshwater fish and numerous molluscs (2008). The Green Crab, Rainbow Trout, European Starling, Asian Long-horned Beetle and Zebra Mussel are among the most familiar. According to Environment Canada, no less than 160 exotic animal or plant species live in the Great Lakes alone. Increased trade is the main reason for the introduction of harmful organisms throughout the world. The International Union for Conservation of Nature (IUCN) affirms that invasive alien species constitute the second most serious threat to biodiversity after habitat destruction. They are considered responsible for almost half of all extinctions during the last 400 years. 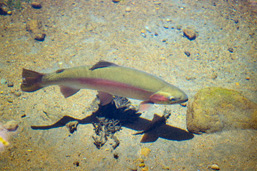 And the consequences are every bit as serious for our wallets! Throughout the world, invasive species represent economic losses totalling some 1.4 billion dollars US per year. The Canadian government invests considerable effort and resources into mitigating the impacts of these invaders, whose damage to forestry and agriculture results in an estimated revenue loss of close to 7.5 billion dollars CDN each year. Over a period of 15 years (between 1981 and 1995), indigenous and exotic forest pests attacked more than 6 million hectares of forest in Canada, or 100 times the area of the city of Toronto! Tens of millions of dollars have already gone to repair Zebra Mussel damage to Great Lakes installations. If we lose thefight against this stubborn mollusc, the bill could amount to some 5 billion dollars for the next 10 years! 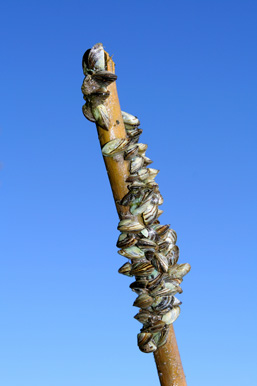 This is hardly an easy task, to be sure, but each person can help fight the spread of future invaders by taking a few simple measures like these:

Forget about green creatures from space: the invaders are right here, and they are gaining ground. Open your eyes and take a look - they're all around!

But Why Introduce New Species?

A species is introduced if it lives outside its original range thanks to human actions. The introduction may be voluntary or involuntary for various reasons. However one thing is certain: new species often have an unsuspected impact on their host environment.

Frequently, the motivation for voluntary introduction is economic. For example, a foreign species may be useful for sport hunting or fishing or to help control insect populations that threaten crops. But many such agricultural super-heroes become nuisances themselves in their new environment, since their voracious appetite is not restricted solely to local pests. Owners release their pets into the wild, where they become unwitting sources of voluntary introduction.

Accidental introductions occur when illegal animals embark unobserved on an all-expenses-paid trip to a foreign destination. Farms escapes are also part of this lot. By boat, plane, car and truck, these species put thousands of kilometres between themselves and their country of origin.

The Birds of Shakespeare

When he lies asleep,
And in his ear I'll holla "Mortimer!"
Nay, I'll have a starling shall be taught to speak
Nothing but "Mortimer", and give it him,
To keep his anger still in motion
1st Henry IV – 1,3

Shakespeare's work contains more than 600 references to 45 species of birds including the crow, ostrich, jay and cormorant. Unknown to the author, a single mention of the European Starling would transform the ornithological landscape across North America!

Between 1890 and 1891, Eugene Schieffelin of the Acclimation Society of North America, developed a plan to introduce the birds mentioned in Shakespeare's plays to the United States. His goal was to facilitate the integration of European immigrants by bringing some of their native wildlife into their country of adoption. Several attempts failed including those involving the bullfinch, skylark and robin.

The European Starling, however, has proved to be one of the most successful imports to date: in less than a century, the 100 specimens released in Central Park (New York) increased to 200 million individuals, which can now be found from Mexico to Alaska! Today, this is North America's most common bird, outclassing even the House Sparrow, introduced during the same period. Populations of the latter, moreover, may be currently in decline. 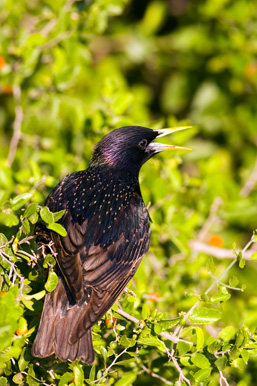 When Pets Become a Bother

A pet is often adopted for reasons of sentiment or impulse. Once the owner is forced to deal with the reality of pet care, however, the honeymoon ends. A host of furry, feathered or scaly animals then find themselves turned outdoors and abandoned to nature, where they presumably belong. Uprooted and far from their native environment, many die. Others, however, find a way to adapt; among these are the Red-eared Slider and the Burmese Python.

In the decade between 1980 and 1990, over two million small Red-eared Sliders left American breeding farms each year to join the pet market. A lot of owners quickly tired of these bothersome reptiles, which can live up to 50 years. Result: many were released into the nearest rivers and streams! Canada was not spared this plague, and numerous populations now survive and reproduce here.

The Burmese Python is an imposing Asian predator that can reach a length of up to six metres. But one need not travel to Asia for a glimpse of it, because today the python is firmly established in Florida's Everglades! Studies confirm this species reproduces in its adopted environment and impacts the biodiversity of the fragile ecosystem. It even presents a potential risk for the pets in surrounding houses. 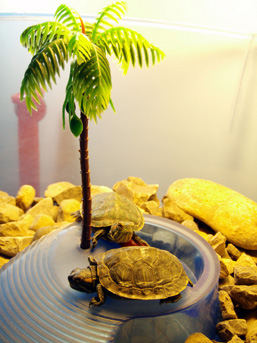 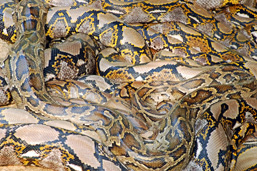 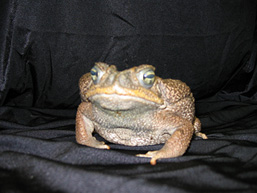 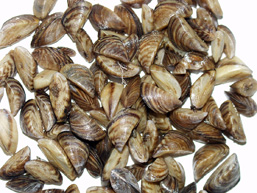 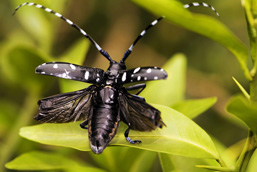 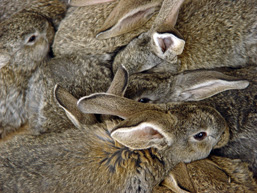 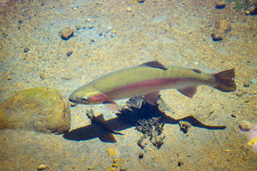 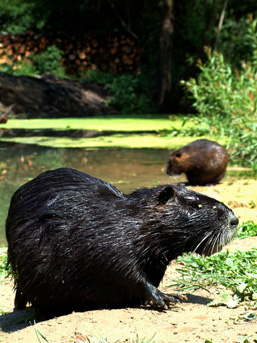 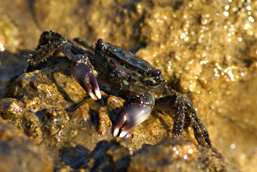 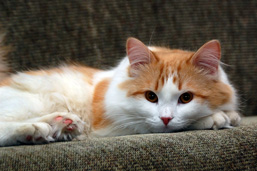