Armed conflicts and the environment

War: the very word is horrifying and rhymes with destruction. In a time of conflict or crisis, the first instinct is to save human lives and alleviate the suffering of innocent victims. Environmental concerns are then relegated to second place. However a strong dependence on natural resources persists in periods of profound chaos, proving that, contrary to what we may have thought, environmental issues are very much a priority. A devastated environment threatens the long-term survival of populations already affected by gunfire and bombs. Nature is a silent and forgotten victim of armed conflicts.

Serious interest in the environmental impacts of war began after the United States conducted Operation Ranch Hand in Vietnam. In an attempt to flush Vietnamese troops from the dense ground cover, the Americans, between 1962 and 1971, sprayed over 70 million litres of defoliant (a powerful herbicide) on almost 1.7 million hectares. At least 20% of the tropical forest and a third of all mangroves were destroyed, resulting in enormous loss of biodiversity. During this same time, living beings were exposed to dioxin, among other things, which disrupts the immunity, hormonal and reproductive functions of organisms. Numerous bird species disappeared, and significant birth defects were observed in several species of mammals. In 1986, more than 15 years after the events, an analysis of sample tissue from two reptiles revealed rates of dioxin 20 to 70 times higher than those seen in animals in industrialized nations. The war has long been over, but the survivors are still fighting for their lives. 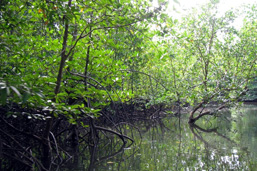 In Vietnam, Japan, Iraq and, more recently, Afghanistan, modern war tactics possess a tremendous destructive power that causes devastating environmental impacts. The destruction of industrial and military sites, for example, contaminates the air, soil and fresh water reserves while releasing toxic heavy metals and chemicals: after the 1999 bombings in Kosovo, 80,000 tons of petroleum, 2000 tons of ethylene, 250 tons of ammonia and 8 tons of mercury ended up in the environment. Civil infrastructures such as water purification plants are often targeted by bombs, placing surface and ground water at greater risk of contamination. Fragile aquatic ecosystems often have difficulty renewing themselves. As well, there is the example of individual land mines: it is estimated that close to 65 million of these devices endanger humans and wildlife in many countries throughout the world. The case of Mosha, a young seven-month elephant, is an example among many others. While accompanying her mother, who was transporting wood through the forest, the little female lost 10 centimetres of her right paw after touching a mine. For many years now, elephants on the border of Thailand and Myanmar (Burma) have been victims of these pernicious weapons. 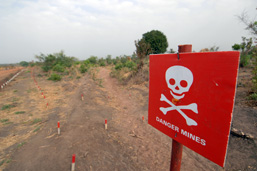 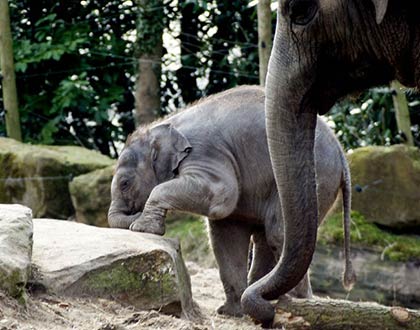 Habitat destruction and the resulting disappearance of wild animals usually occur for strategic, commercial or subsistence reasons. For example, vegetation may be cut down or burned to improve the visibility or mobility of troops. Natural resources such as wood and ivory are callously exploited to finance military activities. In the Democratic Republic of Congo (DRC), a greater number of orphaned Bonobos has been observed during peaks of violence: combatants strolling through the forest use these large primates as a target. It is estimated that more than 70% of poaching-related incidents in Garamba National Park (DRC) involved members of armed groups. The same is true for Virunga National Park in Eastern Congo, where wars and poaching are killing off Hippopotamus populations. Their numbers have dropped from 30,000 only thirty years ago, to less than 1300 today because militia groups slaughter these animals indiscriminately for their meat and ivory tusks. 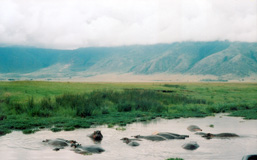 Refugees and displaced persons can also have a significant local impact on wildlife and biodiversity. During the civil war in Rwanda in 1994, more than 700,000 refugees were forced to live in displacement camps on the border of Virunga National Park. According to estimates, 35 km2 of forest were used for construction material and firewood. Unable to farm or raise livestock for food, almost 40,000 people crossed the borders of the park each day to gather wild plants or hunt animals. Virunga National Park was the first world heritage site that UNESCO (United Nations Educational, Scientific and Cultural Organization) designated as threatened by armed conflict. 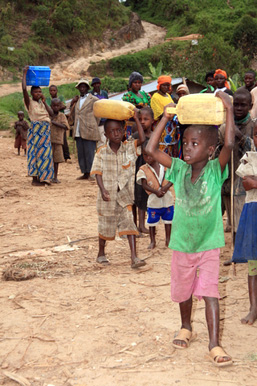 The fact cannot be denied: armed conflicts have major environmental impacts. Nevertheless, this glimpse of the consequences for the environment and biodiversity in no way lessens the overriding concern for the plight of affected human populations. We must realize, however, that war's catastrophic impacts on nature often make it difficult to access resources and assist in the recovery of devastated regions, even after hostilities have long ceased. Therefore, the measures taken to preserve biodiversity in a situation of armed conflict must be perceived as a desire to aid the human victims of a grave and traumatic situation. 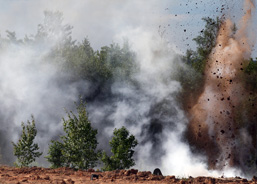