Unpredictable variations in temperature, spectacular floods and storms of outstanding violence: the elements of a disaster movie? Not at all. Extreme weather events are already disrupting the world's climate, and the phenomenon only risks getting worse. The alarming consequences of global warming are visible everywhere. According to the Fourth Assessment Report of the Intergovernmental Panel on Climate Change (IPCC) published in 2007: "Warming of the climate system is unequivocal, as is now evident from observations of increases in global average air and ocean temperatures, widespread melting of snow and ice and rising global average sea level." Between 1995 and 2006, we recorded the warmest eleven years since 1850! And if you're wondering who to blame, just look in a mirror!

Although the Earth has experienced sharp variations in temperature due to exceptional historic events (volcanic eruptions, large meteorite collisions), the main responsibility for today's climate disturbances lies with man. To keep industry running, assure transportation services and produce energy, human beings burn astronomical quantities of carbon materials such as coal and petroleum. Result: gases including carbon dioxide (CO2), methane (CH4) and dinitrogen oxide (N2O) are massively released into the atmosphere, forming a dome that imprisons the heat above our heads. This is the greenhouse effect, which is a natural phenomenon as well. Indeed, without these gases, frigid temperatures would render life as we know it impossible. During the last 200 years, however, a reversal has come about. Certain human activities have triggered a dramatic rise in greenhouse gases (GHG) in the atmosphere, which profoundly disrupts the balance of climate systems and produces abnormal warming. Forget the idea of tanning yourself under palm trees in Canada: the extreme weather now forecast will in no way resemble a tropical oasis. 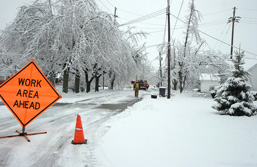 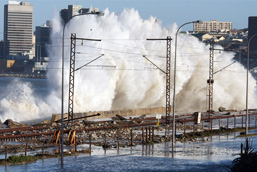 Climatologists say current temperatures in the northern hemisphere are the highest they've been in 500 - and probably 1300 - years! Worse, average global temperatures could rise from 1.8 to 4 degrees Celsius by 2100. A trivial change, you say? For a glacier, this is a substantial increase! The World Glacier Monitoring Service (WGMS) estimates that between 2004-2005 and 2005-2006, the melting rate of 30 observation glaciers more than doubled! The Norwegian glacier Breidalblikkbrea, for example, lost close to 3.1 metres of thickness in 2006 alone, versus only 30 centimetres in the preceding year. During the last century, Mount Kilimanjaro's glacier (in Africa) lost over 72% of its mass! It is estimated that sea level will rise one metre by 2100, affecting more than a million animal and plant species. Inhabitants of the Great Canadian North are already at risk from the changes forecast. 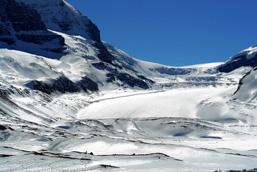 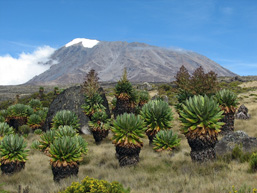 The Polar Bear is the largest ground predator on Earth. The lord and master of his icy domain, perfectly adapted to survival in the biting Arctic cold, he may well vanish along with the disappearance, quite simply, of his main hunting ground: ice field. From early winter to early spring, the Polar Bear prowls this frozen surface for his prey of choice: seals. To store the 200 kg of fat or so he needs to survive, this bear must consume an average of forty seals a year. Now, during the last 40 years, the temperature increase of 3 or 4 degrees Celsius has caused sea ice to shrink, delaying its formation in winter and hastening melting in spring. Unable to feed themselves adequately, the bears must redouble their efforts to find food, and often exhaust themselves to death while swimming the distance between two ice floes. Specialists have determined that for each week earlier that the ice breaks up, the Polar Bear loses 10 kilograms. The average weight of individual bears has dropped by 15% during the last 20 years. If the situation continues, sea ice will be completely gone by the end of the 21st Century, and with it the symbol of our polar regions. 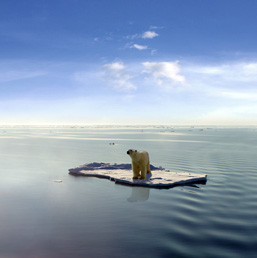 It is difficult to accurately predict the consequences of climate upheavals on wildlife, however certain trends are already being observed. Thousands of species throughout the world are quietly moving north, attracted by warmer temperatures. Biologists affirm that a 1° Celsius increase extends the range of some species an average of 180 km northward. This is the case, notably, for the Red Fox, who literally invades the territory of his little cousin, the Arctic Fox. Taking advantage of milder weather conditions, the invader competes with his white cousin for the same food resources and burrows. Larger and more mobile, the Red Fox can even transform himself into a predator of the Arctic Fox when given the opportunity. In Scandinavian countries, Arctic Foxes have all but disappeared: the Red Fox now reigns, and his little white relative has been driven into its last entrenchments. 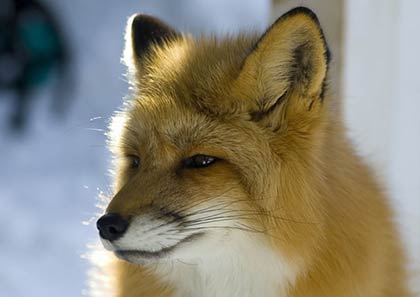 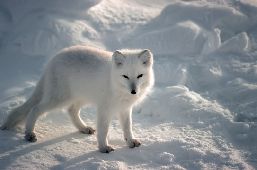 In some regions, higher temperatures increase the air's moisture content and therefore the amount of precipitation. Overly deep snow may be a boon for people who enjoy winter sports, but it poses a genuine hardship for many animal species that have problems surviving in winter. Such is the case for the Peary Caribou. With a population of less than 3000 individuals, and found only in Canada's Arctic regions, this caribou subspecies is in danger of becoming extinct. In recent years, a new problem – thicker snow cover - has been added to the obstacles it already faces. Forced to dig deeper for food (lichen) and hampered in its movements, the Peary Caribou must draw upon its energy reserves and is vulnerable to starvation. 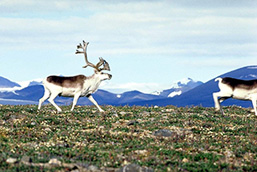 The Earth's northern regions are not alone in suffering the effects of climate change. The ocean floor paradise, sensitive to the smallest disturbances, is undergoing a profound upheaval. Higher CO2 levels increase the acidity of sea water and lead to the death of coral reefs, since warmer, more acidic water erodes the calcium skeleton that forms coral and shelters the small animals within (polyps). Scientists predict that by 2050, Australia may lose 95% of the corals that form the Great Barrier Reef. Now, coral reefs support a wide diversity of life and are crucially important ecosystems: it is estimated that close to a million animal and plant species depend on them. Will there be any fish left after divers come test the waters?

Changing weather conditions are hardly new: over the course of 4.5 billion years, the Earth has undergone a wide variety of disruptions that have altered the dynamic of its environment. The difference today is that human activity is accelerating climate change and its consequences to the point where living species now find it difficult to adapt. We must face up to the fact that highly fragile ecosystems and the animal species they support will emerge transformed from these staggering changes. 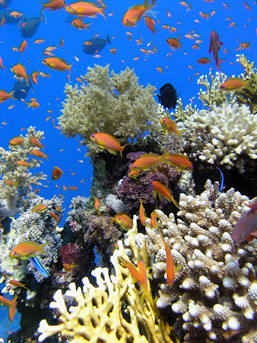 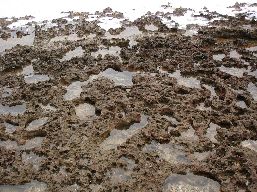