Confronted with the destructive spectacle of nature, man realizes the extent of his powerlessness. When the sky grumbles, when the earth trembles, when the sea unleashes its fury, Mother Nature calls us to order by demonstrating the scope of her catastrophic power. Humans and animals alike suffer the consequences of natural disasters, whether their impact is local as with a tornado, or colossal as with a volcanic eruption. All resistance to our environment's explosive outbursts is futile and the only salvation lies in flight.

Natural disasters are not the worst threat to animal populations, however; when combined with major existing pressures from other factors, such as poaching and loss of habitat, they can hasten the decline of an already fragile population. For example, the volcano Nyiragongo in the Democratic Republic of Congo (DRC), at the time of its eruption in January 2002, spilled more than 25 millions of cubic meters of lava as far as Lake Kivu, in addition to drowning kilometres of the surrounding land in ash, smoke and toxic gases. The worst was feared for the waters of the lake, where a massive intrusion of magma resulted in the profound chemical destabilization of the environment and the annihilation of all aquatic plants and wildlife. A more destructive eruption than that of 2002 could completely wipe out Lake Kivu's very rare African Clawless Otter populations. The Nyiragongo is one of the most active and dangerous volcanoes on the African continent. 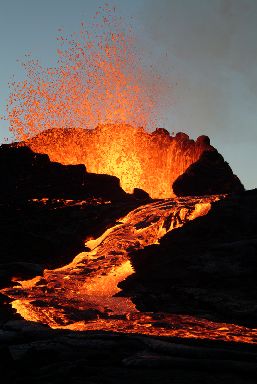 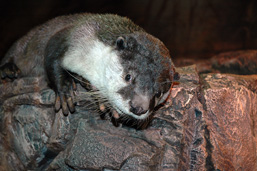 When water and wind come together to destroy

Hurricanes are without a doubt one of nature's most spectacular exhibitions. These super-storms sweep through coastal areas with winds of over 300 kilometres an hour (the speed of a Formula 1 car race) and waves as high as 17 metres. Besides causing enormous damage and loss of human life, hurricanes destroy egg-laying areas (birds, reptiles), flood forests and burrows and introduce vast quantities of pollutants far inland. Following Hurricane Katrina in September 2005, close to 6.5 million gallons of oil were found in the environment along with numerous other contaminants (mercury, lead). Because they are filtrating organisms sensitive to pollutants, 99% of Louisiana's Oyster populations perished in the wake of the catastrophe.

Tsunamis, those devastating tidal waves triggered by ocean waves over 10 metres high, have a major impact on affected areas. The column of water transports tons and tons of debris, gathering up everything in its path and brutally reshaping the coastal landscape. Species close to the ground (insects, reptiles, small mammals) are simply carried away, while others must find refuge inland. The powerful December 2004 tsunami, which swept the shorelines of South Asia, raised many questions about the capacity of animals to survive in such events. In the days that followed, few large animal carcasses were found: neither elephants nor leopards. Some theorized that a sixth sense allows these animals to predict and flee from natural catastrophes; it was based notably on elephants' capacity to sense low-frequency infrasonic vibrations. No conclusion has been reached to date, but other avenues for explaining this phenomenon are being seriously considered: although many factors enter into account, it seems that a vast ecosystem, showing an uneven terrain, may recover from a tsunami with astonishing speed; the areas spared by the murderous waves become host territories for the survivors. 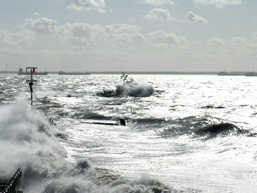 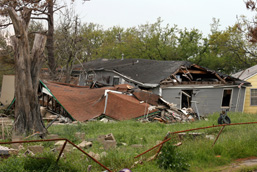 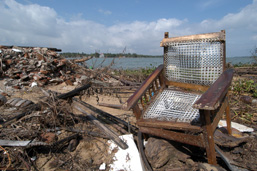 When the earth trembles and fire devours everything in its path

Almost 5000 earthquakes are recorded in Canada each year. The vast majority are minimal and have little or no impacts. When major quakes occur, however, the consequences are particularly destructive for man-made constructions having little resistance to the movements of the earth's crust. Animal populations usually suffer only minor and localized effects. Earthquakes on the ocean floor have more significant consequences, since they lead to devastating tidal waves and variations in sea level. The quake at the origin of the December 2004 tsunami measured 9 on the Richter scale (graduated from 1 to 9). The raising of certain sea beds in Indonesia and South Asia exposed many coral reefs, thereby destroying what it had taken nature hundreds of years to build. The loss of these reefs, in turn, produced long-term effects on the fish populations that depend on coral for survival. 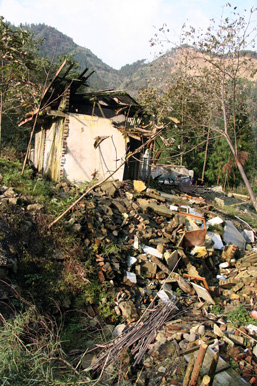 Even if forest fires disrupt plant life, there tends to be little loss of animal life during these occurrences. Those most affected are small animals that live less than 50 cm from the ground and travel more slowly (insects, reptiles, small mammals). In fact, numerous animal species even benefit from the new environmental conditions created by the flames' passing. This is the case, notably, for the Ruffed Grouse, the Eastern Chipmunk, the Red Squirrel, the American Beaver and the American Porcupine. The Black-backed Woodpecker is particularly fond of the larvae of the Long-horned Beetle, an insect that lays its eggs in the bark of burnt trees. The problem is that the frequency and scope of these forest fires is increasing, mainly as a result of human intervention. Recreational activities and accidental kindling cause more than 50% of forest fires (versus only 20% due to lightning). 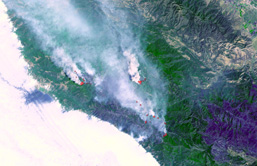 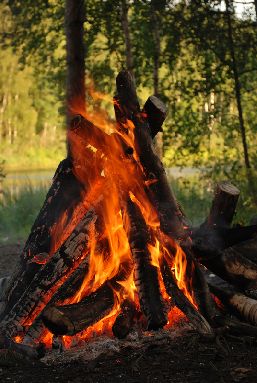 Great natural catastrophes disrupt the environment and disturb living creatures, but they also allow other species to move in and establish themselves. The history of our planet is punctuated by extreme occurrences, probably the most important being the collision of a meteorite with Earth more than four billion years ago. It is believed that the ensuing shock gave birth to an immense ocean that covered almost the entire planet. The first forms of life then appeared. Since that time, Earth has shuddered periodically under nature's angry outbursts. We observe, however, that in the last 50 years, changes in climate, induced by human activities, are causing certain phenomena to increase in number and power. Knocked about by the elements, should humans fear that they themselves may one day join the list of endangered species?