Rare Pangolins May Be Eaten to Extinction, Conservationists Warn 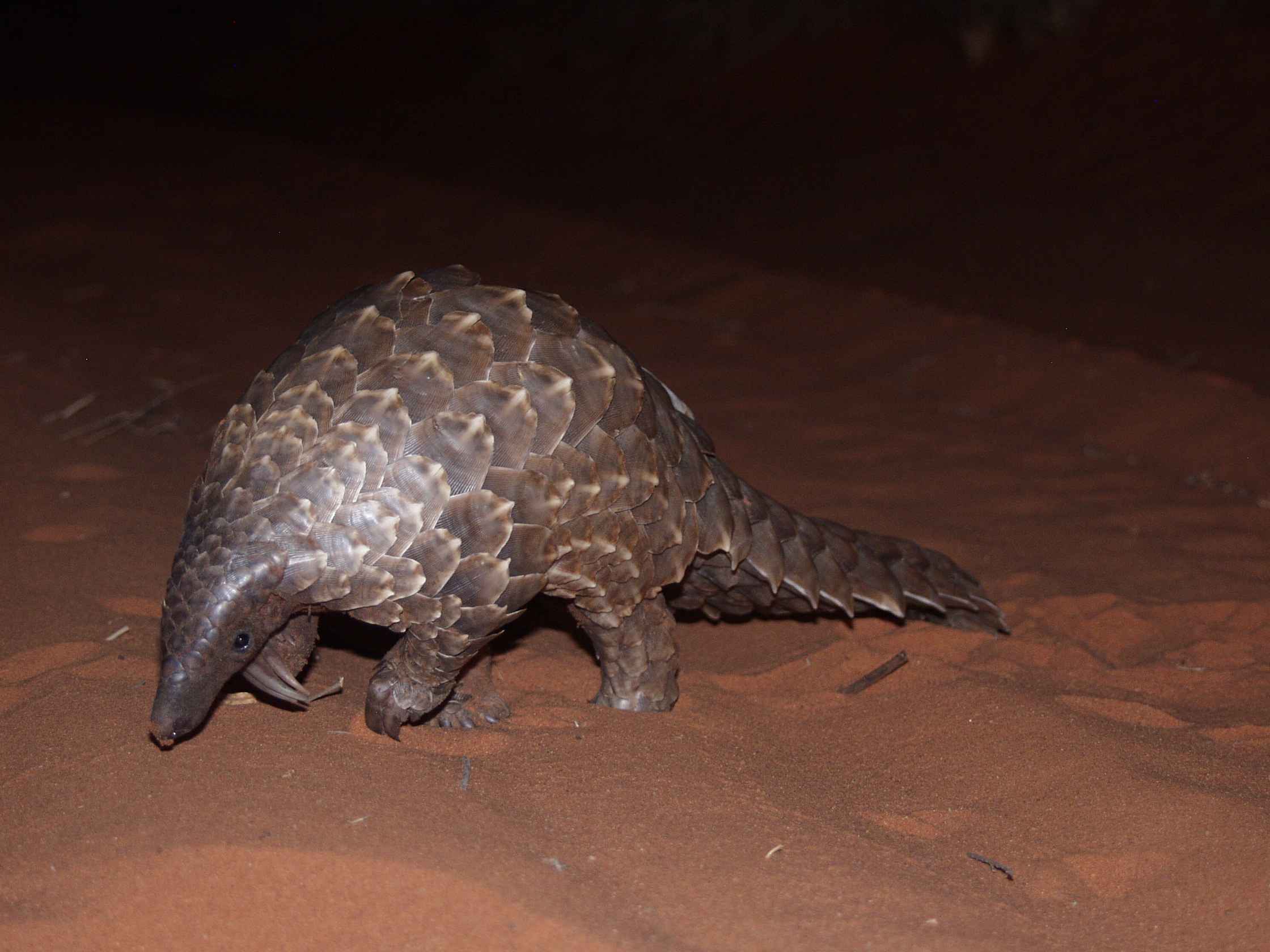 More and more of southern Africa's Cape pangolins are showing up on the black market. The species' population is projected to decline by 30 to 40 percent over a 27-year period, according to the IUCN.

They've been described as walking artichokes and the most trafficked mammals in the world. Now, conservationists warn that pangolins, or scaly anteaters, could be eaten out of existence if illegal hunting and poaching continue.

In the latest update of the International Union for Conservation of Nature's (IUCN) Red List of Threatened Species, all eight pangolin species were listed as "critically endangered," "endangered" or "vulnerable." Today (July 29), a group of scientists and conservationists tasked with studying pangolins for the IUCN issued an action plan outlining steps that should be taken to save the armored, insect-eating creatures.

"In the 21st century, we really should not be eating species to extinction — there is simply no excuse for allowing this illegal trade to continue," Jonathan Baillie, co-chair of the pangolin specialist group for the IUCN's Species Survival Commission and conservation programs director at the Zoological Society of London, said in a statement. [See Photos of Pangolins at Risk]

Pangolins, native to Asia and Africa, are the world's only mammals with true scales made of keratin. Despite international trade bans, pangolin meat and scales still fetch high prices on the black market. Demand is especially high in China and Vietnam, where pangolin parts are used in medicine and served as a culinary delicacy.

Last August, more than six tons of live pangolins were seized as they headed from Indonesia to Vietnam in a shipping container labeled as frozen fish, fins and fish bones, AFP reported at the time. In April 2013, a Chinese fishing vessel was found carrying as many as 2,000 of the toothless creatures, after the vessel ran aground in the protected Tubbataha Reefs off the coast of the Philippines, according to the World Wildlife Fund.

Though the scope of the black market is difficult to quantify, conservationists estimate that more than 1 million pangolins have been taken from the wild in just the last decade. The four species in Asia are the most severely threatened. The Chinese pangolin and the Sunda pangolin are now considered critically endangered, while the Indian pangolin and Philippine pangolin are now listed as endangered. But as the populations of Asian pangolin species are becoming more scarce, traders are increasingly looking to Africa to meet the demand for pangolin.

Dan Challender, co-chair of the pangolin specialist group, has witnessed that demand firsthand. In 2012, just a few days after he arrived in Ho Chi Minh City in Vietnam, Challender said he watched a man in a restaurant drop the equivalent of about $700 U.S. to have a  4.4-pound (2 kilograms) live pangolin killed and served to him. As pangolin meat is often the most expensive item on a menu in Vietnam, businessmen and women might order it to celebrate the signing of a contract or deal, or to impart status, Challender said. While recent studies have indicated that delicacies like shark fin soup are losing their status, Challender suspects conservationists have a long way to go in changing public opinion about consuming pangolins.

"Pangolins are a group of species that are arguably forgotten in the conservation movement," Challender told Live Science. "They're nowhere near as visible as other animals like tigers and rhinos."

The steps outlined in the action plan involve protecting pangolin strongholds in Asia and Africa, and developing a price index to track the demand of pangolin meat and scales on the market. The pangolin specialist group also recommends that scientists conduct more studies to better understand the creatures' range, movement and distribution in the wild. The group has also called for programs to help local communities move away from poaching and ensure that they have alternatives to poaching pangolins to make a living; for some people, finding a pangolin in a remote part of Southeast Asia is still "a bit like a finding a winning lottery ticket," Challender said.

Editor's note: This article was updated at 1:10 p.m. ET to add comments from Dan Challender.