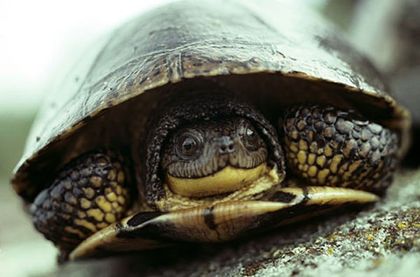 Blanding’s turtles are among the slowest maturing freshwater turtles in Canada and can live up to 80 years.

But the trust says hatchlings have a survival rate of less than one per cent and are struggling to survive as more cottages and roads are built where they live.

The trust says there are fewer than 500 adult Blanding’s turtles remaining in the province.

Bull Moose Meadow is the fifth conservation site the trust has protected for the turtles.