European Bison to Be Released into Wild 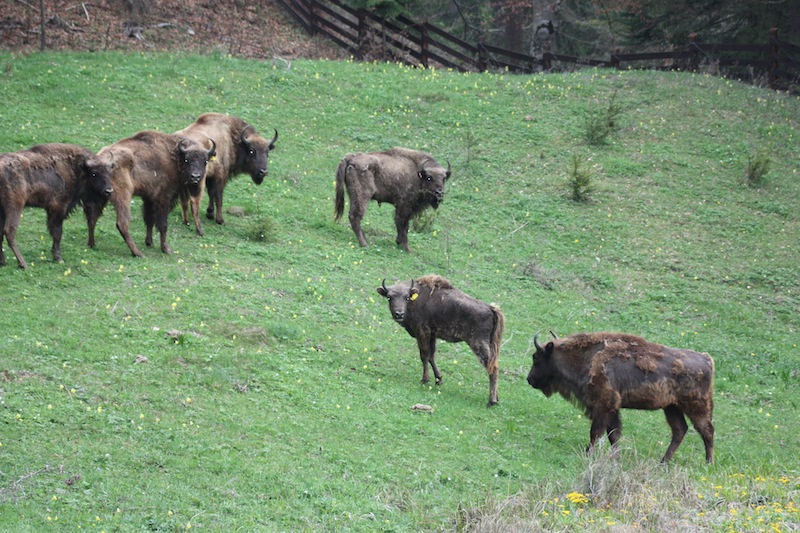 Bison went extinct in Europe nearly 100 years ago, but conservationists are taking small steps to bring the animals back into the wild.

Seven female bison raised in captivity in the British Isles will be reintroduced to a forest in Romania, officials with the Royal Zoological Society of Scotland (RZSS) announced.

The creatures arrived at Vanatori Neamt Nature Park, Romania, on April 25. They will spend the next several weeks in a large enclosure to get used to their new home before being released.

One of the bison, a female named Glen Rosa born in July 2012, was raised at Scotland's Highland Wildlife Park, which is operated by the RZSS. [Photos: The World's Biggest Beasts]

"Glen Rosa and the other bison will join an already established herd in Vanatori Neamt Nature Park, Romania, to help augment both numbers and genetic diversity within the group," Douglas Richardson, head of living collections for Highland Wildlife Park, said in a statement. "This is an excellent example of how zoos within the European Zoo Association's coordinated breeding programs are helping save species from extinction."

European bison (Bison bonasus) are the largest herbivores in Europe. The animals went extinct in the wild in 1927, but small populations were maintained in zoos. The first captive-bred bison was released into its natural habitat in 1952. Because of continued conservation and reintroduction efforts, the total wild population reached over 3,000 by 2012. The species is considered "vulnerable" by the International Union for Conservation of Nature (IUCN).

Bison had a similar trajectory in the United States. Tens of millions of the animals once roamed the Great Plains, but by the early 1900s, their numbers had dwindled to fewer than 1,100 individuals, largely due to overhunting and habitat loss. Thanks to early conservation efforts, bison made a comeback. Today, there are estimated to be hundreds of thousands of the animals across the nation.