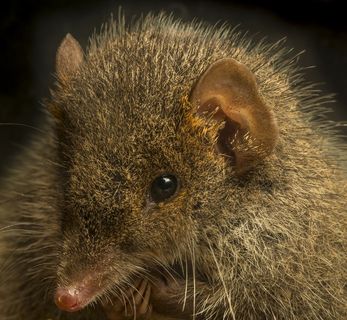 The bristly, sex-crazed antechinus has two previously unknown species in its family, a new study finds. Every year, antechinus males mate furiously during sex sprees lasting as long as 14 hours. But, after two or three weeks of sex-fueled romps, the males drop dead and leave the females to raise the young. On top of these sex-related deaths, three antechinus species are threatened by climate change, feral pests and habitat loss, the researchers said. (All photos are courtesy of Gary Cranitch, Queensland Museum.) [Read the full story on the new antechinus species]

A photo of the black-tailed antechinus (Antechinus arktos), a new species of antechinus identified by researchers in the past three years. The antechinus is a marsupial that eats spiders and insects.

The mainland dusty antechinus, one of the newly named species. It lives in areas of New South Wales and Victoria.

Looking for a mate?

The buff-footed antechinus makes its way down a log. The marsupials usually mate in late autumn or early winter.

The newly discovered Tasman Peninsula dusky antechinus is under threat. Researchers found it in the remote parts of southeastern Tasmania that are being logged.

The researchers are asking that politicians in Australia and Tasmania put the Tasman Peninsula dusky antechinus on the threatened species list.

The silver-headed antechinus is also under threat.

Protections are needed to help the silver-headed antechinus survive in the face of climate change, feral pests and habitat loss, researchers said.

Andrew Baker, a mammalogist at the Queensland University of Technology's Science and Engineering department, holds a black-tailed antechinus.