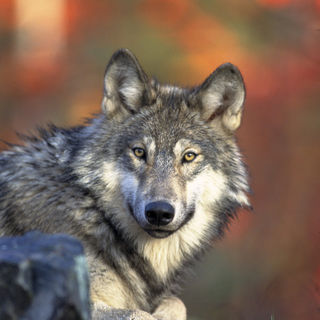 The drawn-out battle over the fate of gray wolves in the United States continues.

An independent panel of experts said Friday (Feb. 7) there is wide disagreement about some of the science the Fish and Wildlife Service used to make its case for ousting gray wolves from the Endangered Species list. The review could hinder the FWS proposal to lift federal protections for the animals throughout much of the United States.

"It was a very clean process and we got a unanimous result," said Steven Courtney, one of the scientists charged with setting up the independent panel at the National Center for Ecological Analysis and Synthesis (NCEAS) at the University of California, Santa Barbara. [In Photos: The Fight Over Gray Wolves' Endangered Status]

The panel was not taksed with deciding whether or not the gray wolf should be removed from the Endangered Species list. Rather, they were charged with determining whether the FWS recommendation to do so was supported by the best available science, explained Frank Davis, director of the NCEAS.

The experts' main complaint was that the FWS proposal relied too heavily on a 2012 study (published in the FWS's own journal North American Fauna), which determined wolves that once occupied the eastern part of the country were likely a genetically distinct species (Canis lycaon) from the gray wolves in question (Canis lupis). If this were the case, the FWS would not be responsible for ensuring the gray wolf's recovery in the eastern United States.

But scientists on the panel said the results of the 2012 study are not universally accepted or settled. The group decided that FWS officials "had interpreted the science that they used fairly, but there has been a lot of new science on the question of wolf genetics, and that science needs to be brought into that discussion," Davis told Live Science.

The FWS has now reopened its public comment period on the proposal, which it hopes to make a decision on by the end of the year.

The NCEAS was brought in to lead the independent review of the proposal after the FWS was criticized for meddling with its own peer review panel (i.e., removing scientists who had publicly spoken out against the proposal). The panel's results can be read in full on the FWS website.

Wolves once lived across much of the continental United States, but by the mid-20th century, hunting had nearly driven the creatures to extinction. Conservation efforts and federal protections helped the animals make a comeback, and now there are more than 5,000 gray wolves in the Lower 48.

In light of their recovery, wolves were recently stripped of their federal protections in states in the northern Rockies and Great Lakes region, where several state wildlife management agencies have established wolf-hunting seasons.

Some scientists and conservationists have expressed fear that taking gray wolves off the list for the entire United States is premature and would keep them from recolonizing other parts of their former habitat, like Colorado and Utah.

Under the FWS proposal, a subspecies population of about 83 Mexican wolves in New Mexico and Arizona would keep their Endangered Species protections.