13 Bald Eagles May Have Been Poisoned: Reward Offered 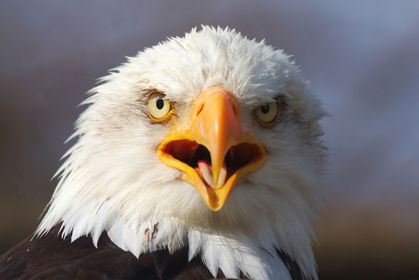 A group of 13 bald eagles found dead last month may have been killed by a person, a new autopsy reveals. The U.S. Fish & Wildlife Service (FWS) is now offering a $25,000 reward to anyone who can lead to the person who killed the birds.

The eagles, found in Maryland, did not die of natural causes the analysis showed. Though the necropsy has not revealed exactly what killed the majestic bald eagles, the analysis has ruled out trauma.

"A working theory is poisoning," Candy Thomson, a Maryland Natural Resources Police spokeswoman told The Washington Post. "We just don't know right now, which is why we're asking the public if they heard anything, if they saw anything, we want to know about it," Thomson said.

The new necropsies revealed that the iconic birds did not die of natural causes such as avian influenza, which circulates in poultry farms in the area. [In Photos: Birds of Prey]

The iconic birds were found on Feb. 20 in Federalsburg, Maryland, after a bystander walked by what he said he initially thought was a dead turkey, The Washington Post reported. When the man took a closer look, he found four felled bald eagles. Of the 13 eagles that had died, three were mature enough to mate, with the characteristic white "bald" head and brown feathers. The bald eagle die-off was the biggest one in decades.

The national bird first went on the endangered species list in the 1960s, after the eagles nearly went extinct. Many of them had ingested the pesticide DDT from the environment, which made the eagles' eggshells hard and brittle, meaning baby eagle chicks could not hatch.

Since then, the birds' populations have rebounded and the bald eagle is no longer on the endangered species list. However, the national birds are still protected under two federal laws: the Bald and Golden Eagle Protection Act of 1940 and the Migratory Bird Treaty Act of 1918, according to the FWS.

Initially, investigators speculated that the eagles may have eaten the poisoned carcasses of rodents, but the owner of the field said he had not used any pesticides recently, NBC reported.

Those who have information about the bald eagles can contact John LaCorte, a special agent in the Office of Law Enforcement at the U.S. Fish and Wildlife Service in Cambridge, Maryland, at 410-228-2476, or the Maryland Natural Resources Police hotline at 800-628-9944.